Semblance is a measurement of waveform similarity used to highlight discontinuity between traces. This process helps to reveal abrupt structural changes such as faults, and stratigraphic features such as channels. At each sample, a semblance calculation is performed over the analysis window to determine the similarity of an individual trace to surrounding traces.

The resulting volumes are best reviewed as time slices in the Map View.

Semblance values change with variations in amplitude and waveform. Compare this with correlation and incoherence, which change with waveform, but are insensitive to amplitude. This amplitude sensitivity makes semblance useful for displaying subtle depositional features, as well as creating cleaner images in noisy data. 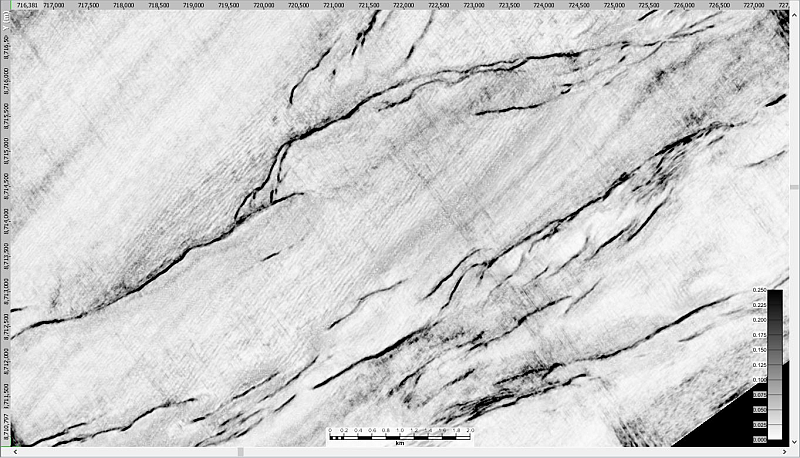 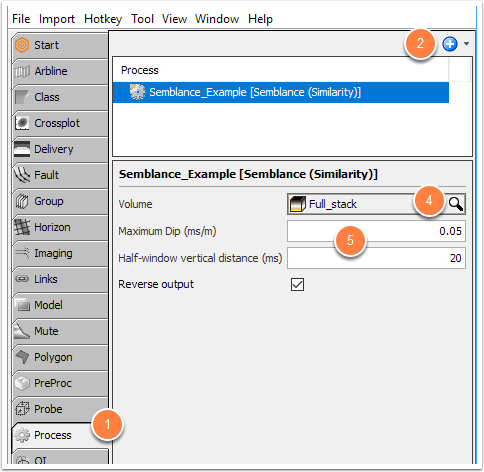 Note: Smaller windows display faster in map view, but take longer in section view, as more iterations are made.