How to get interpretation into Kingdom

This is a quick reference guide of the formats best suited to transfer data into Kingdom.

To transfer data from a Kingdom database, see Insight and Kingdom Overview.

Note: This guide is given in “good faith”, information here is based on experience from our users. You may still need to edit your files between software. 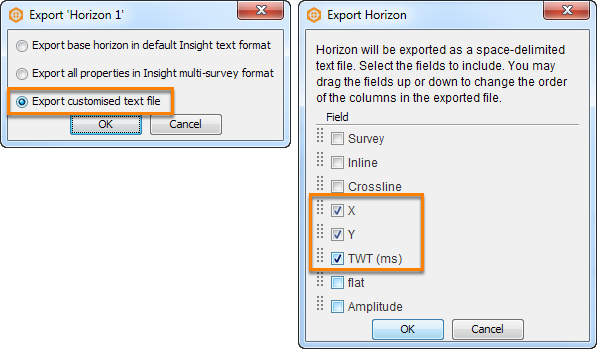 In general, we recommend exporting horizons from Insight as X/Y/TWT grids and importing them into Kingdom as a grid. You can then use Kingdom's Grid to Horizon feature to convert these grids to editable horizons. 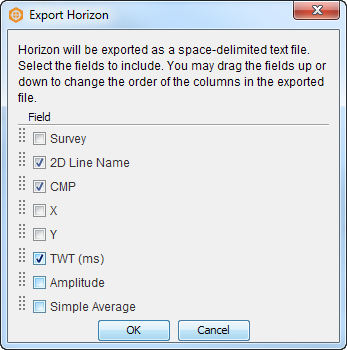 There is a second option, which is technically more difficult, but potentially more reliable:

Fault surfaces are exported from Insight in Geoquest/IESX format. 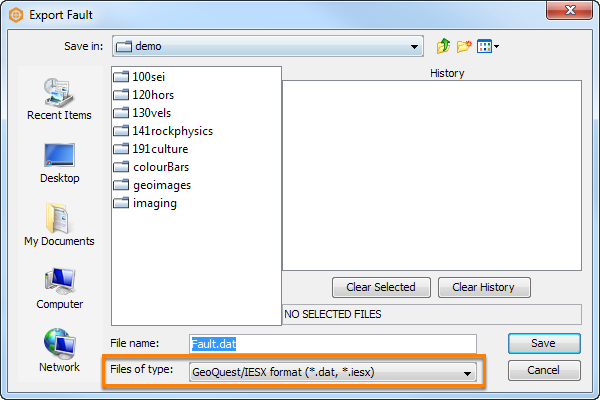 At the Import fault surface dialog in Kingdom, specify these as Assigned Fault Lines in a Named Fault and choose the input format GeoQuest IESX v.11, and then assign them to a survey.

Unassigned fault sticks are also exported from Insight in Geoquest/IESX format and can subsequently be imported to Kingdom in a similar way. At the Import fault surface dialog in Kingdom, specify that these are Unassigned Fault Lines and choose the input format GeoQuest IESX v.10.x, and assign them to a particular survey.

Note: Insight operates in XY space. This can cause problems importing 2D faults as Kingdom requires 2D survey data that is not available in Insight. The best way to get around this is to create a dummy 3D survey in Kingdom and import the faults as Geoquest IESX  V10.